Last week, I introduced Theophilus Daniel and shared a photo of a square of homespun fabric he made for his granddaughter sometime in the mid-1800’s. It’s said that he owned a flock of sheep, as well as a spinning wheel and a loom. The details of the fabric have long been lost to history, but our family assumes that Theo used wool from his sheep to spin thread and then weave the fabric.

After I wrote the story of Theo, I began to wonder about his wife, Penelope, and if there were any interesting tales from her life. 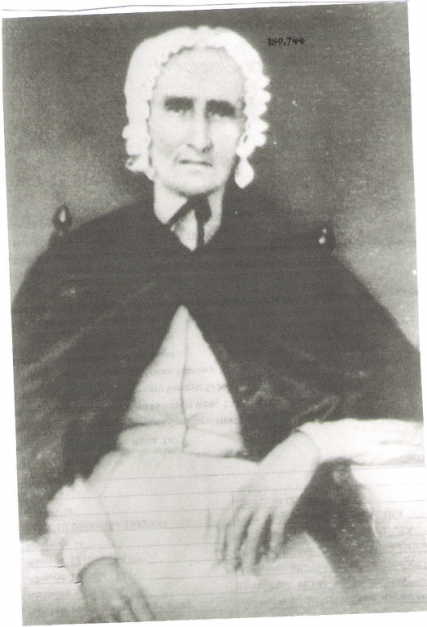 Penelope Goodson was born in 1874 to James and Jane Goodson of Darlington, SC.  Her father fought in the American Revolution.

In 1803, Penelope married Theophilus, a man two years her junior. They were living in South Carolina at the time. However, two years later in 1805, her first child was born in Washington, GA.

Over the next 25 years, Penelope seems to have spent a lot of time doing two things: giving birth and moving. Here’s a list of her children, along with the years and places of their birth:

According to the Alabama Department of Archives and History (Alabama Surname Files Expanded, page 55), Theo and Penny came to Alabama by way of the Old Federal Road. They settled in what was then Creek Indian Territory. This same source also noted that the first acreage they purchased is now located within the city of Montgomery, AL.

Theophilus and Penelope were married 62 years. She died in 1873 at the age of 89 years old. She had outlived her husband by 8 years.

Whenever I read about Theo and Penny, I can’t help but think of what an interesting lifespan they both had … born prior to the United States Constitution being ratified and dying after the end of the Civil War.

During that period of American history, our nation was growing and expanding across the continent. And even though Penelope and her husband didn’t manage to go all the way to the West Coast, they did joined thousands of others in settling across the middle areas of the South.

This post is part of a 52-week series on sharing the stories of my ancestors.

One thought on “Penelope Goodson Daniel”